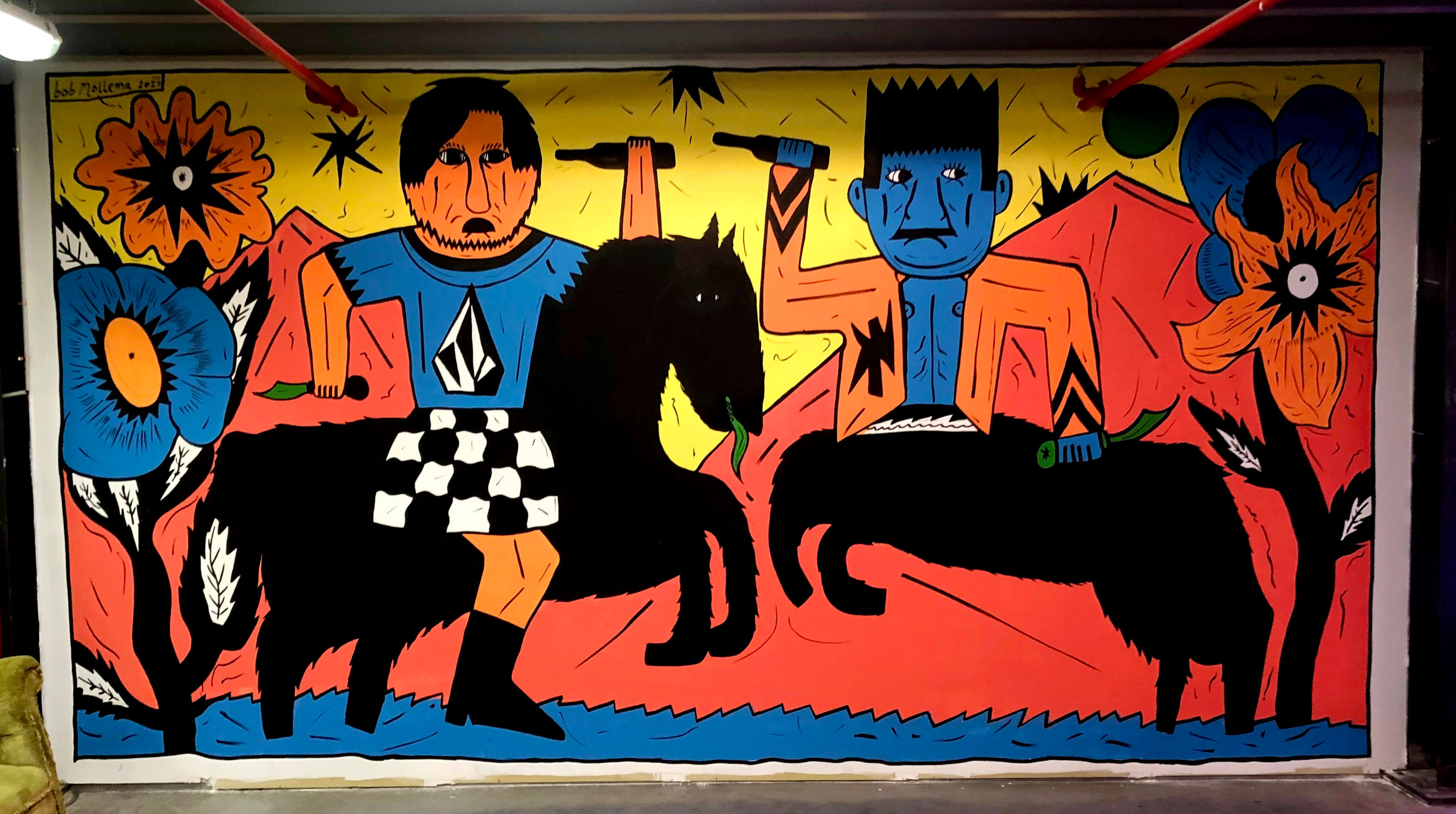 Last year, I provided an entirely new clothing line for Volcom. That clothing line will be released this year, 2022. So keep an eye on this page.

During the release for buyers of the brand Volcom, so not yet for the public, I made a mural in the Volcom skatepark near Biarritz (Anglet). In terms of style, the show is derived from the series I drew for Volcom, but the theme differs. It was, in fact, allowed to become an autonomous work. Since the skate park location is in the Basque Country, I was inspired by the Basque creation story. I added to this by giving the figures beers and daggers, a nod to the extremity of skate culture. The colours I chose are southern and match the hue of the landscape.