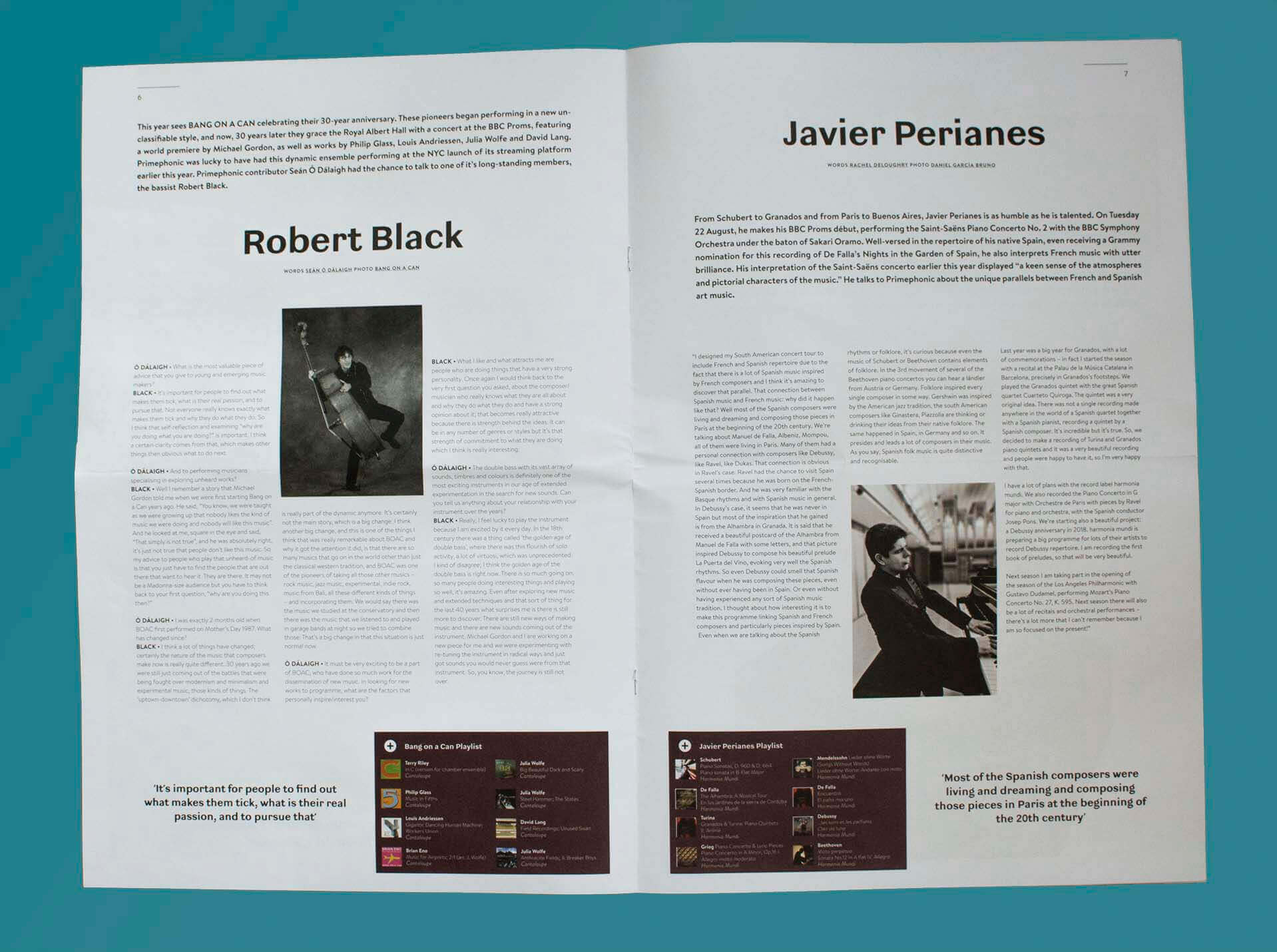 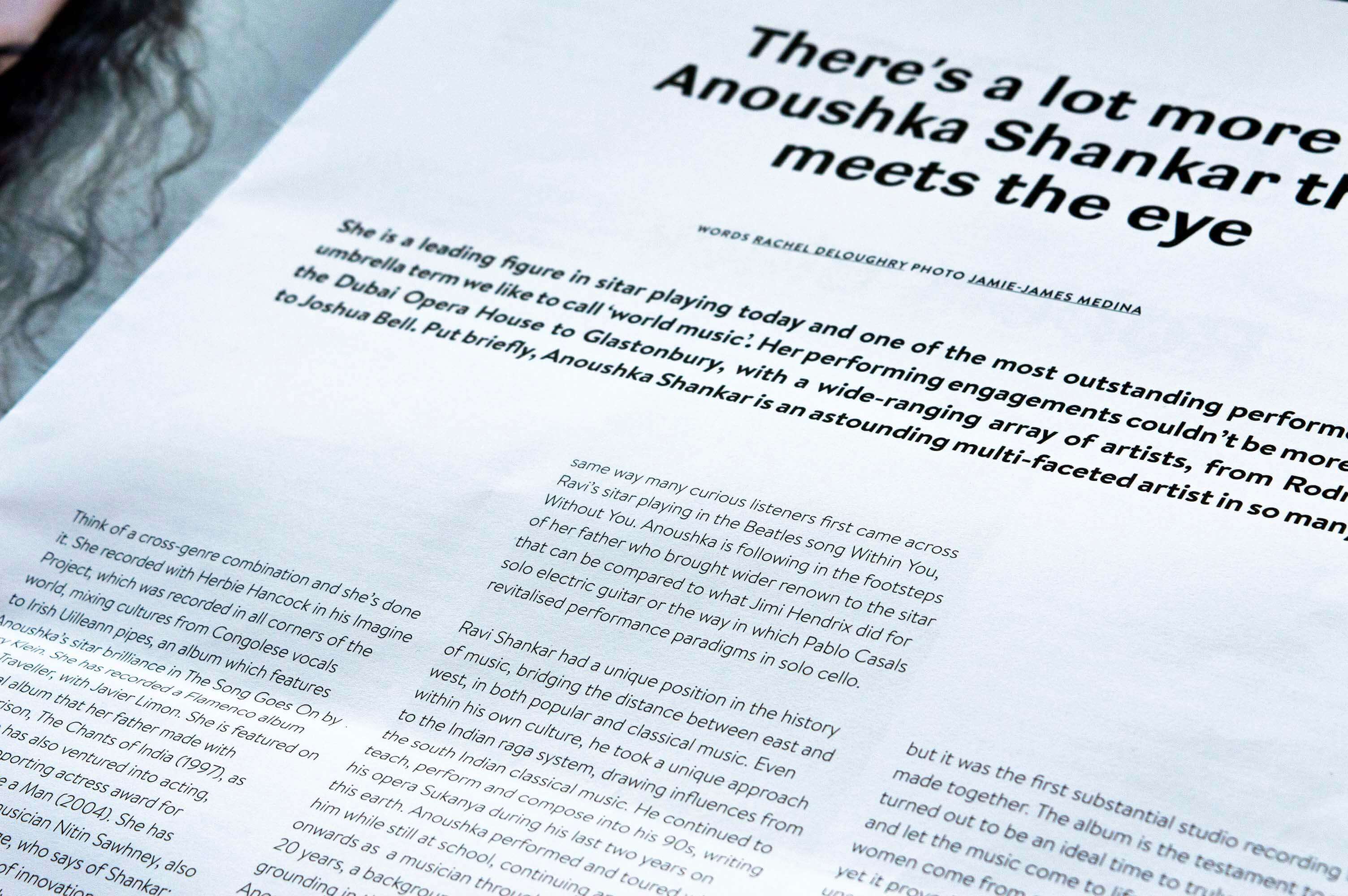 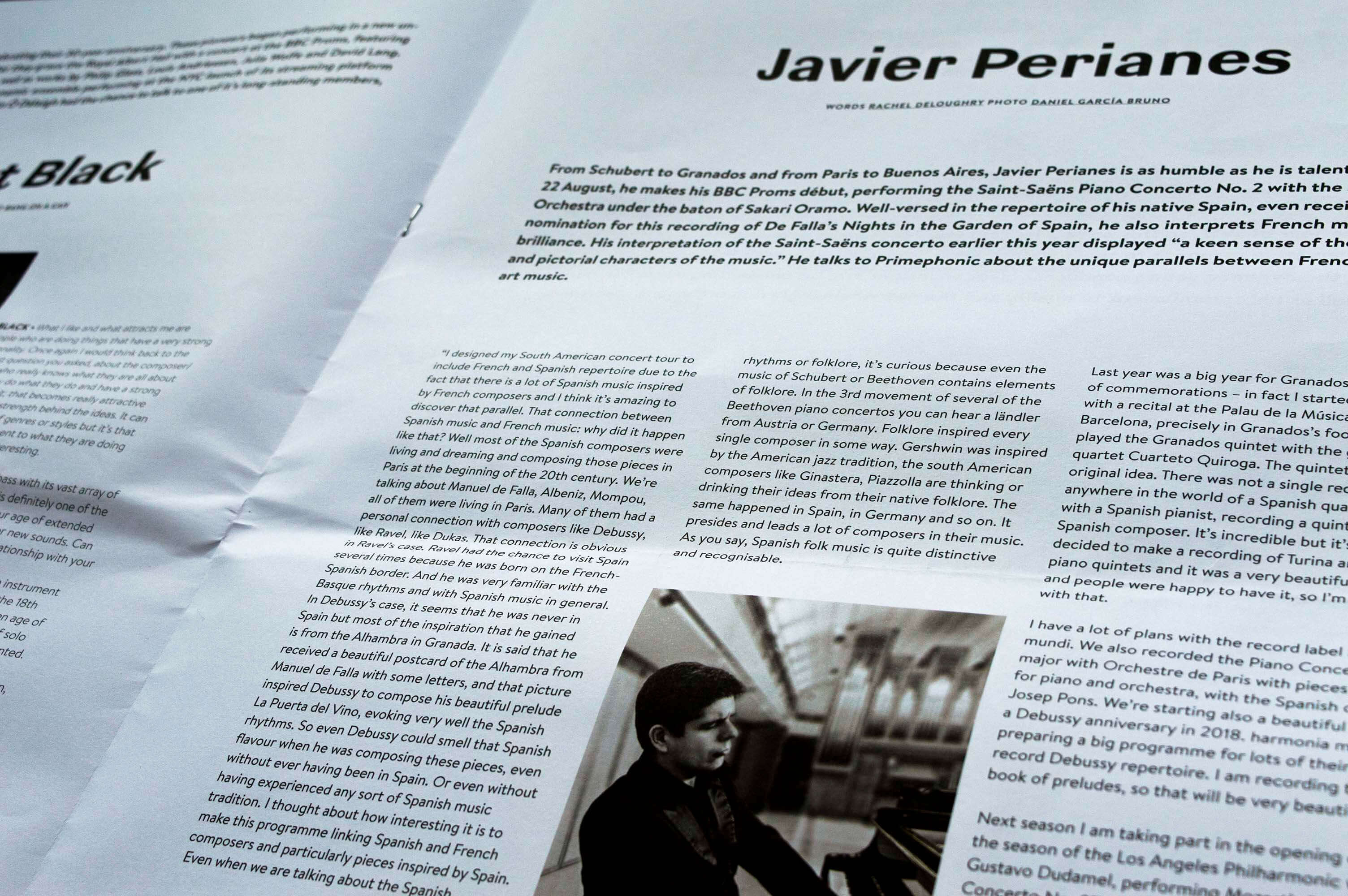 Primephonic wanted to perform a playful action during a classical concert in the Royal Albert Hall in London.

I had the idea to create a modern and fresh newspaper with news from the world of classical music. Next to this the newspaper also functioned as guide to the actual concert. The nice detail was that the format of the newspaper was ‘Berliner’. So very traditional. Ambiguity in details always works mysteriously and well with design.

While the queue for the Royal Albert Hall was growing, these newspapers were distributed. It was a kind of guerilla campaign, but then light.