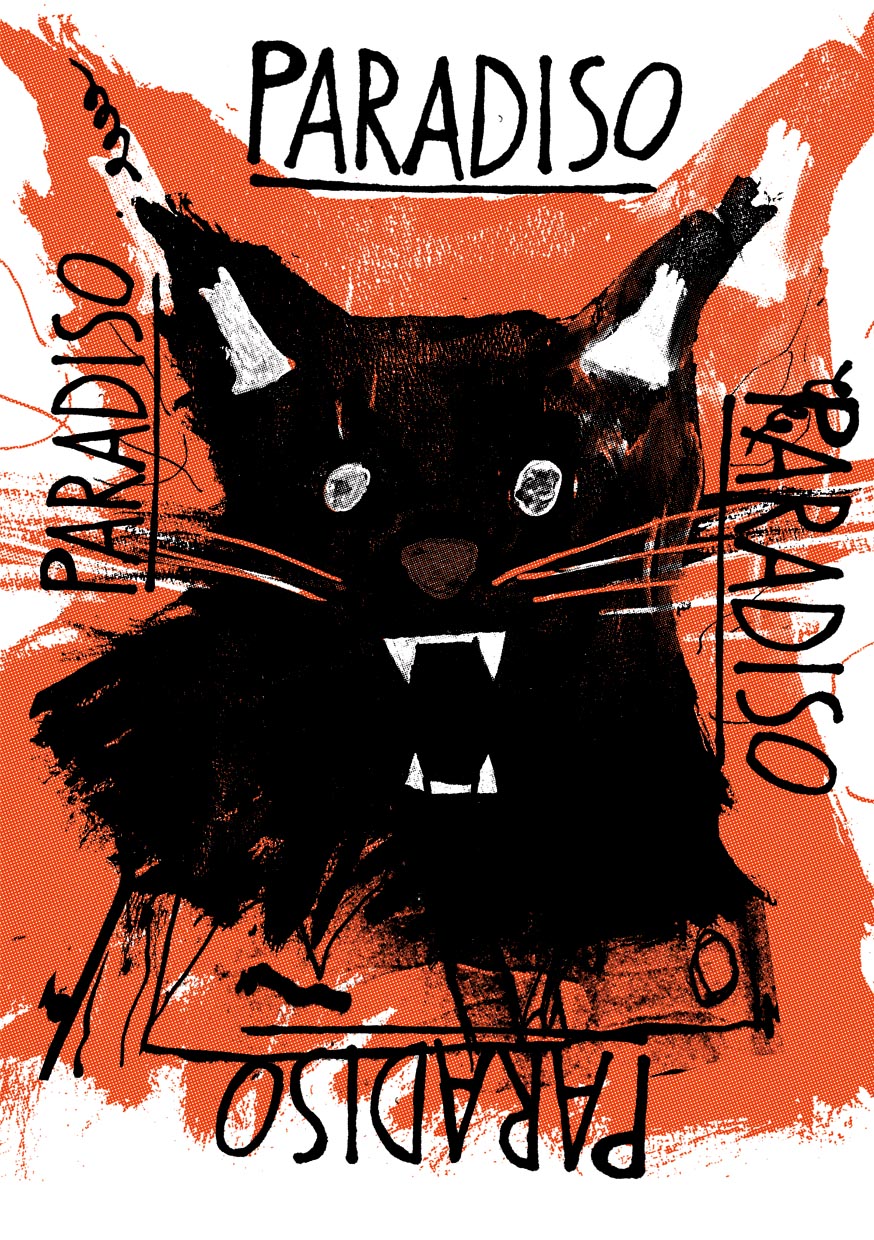 Paradiso is a stage in a former church on Leidseplein, which attracts more than 600,000 people every year. It is one of the best known and most visited pop temples in the Netherlands.

Paradiso has been around for 50 years this year. To celebrate that, they approached 50 designers to create a poster in honor of their 50th anniversary. You can know Paradiso in many ways. I mainly know it from nightlife. After the long and beautiful evenings in the Paradiso I always returned home like a crawling night cat. That is why I thought this illustration was appropriate.