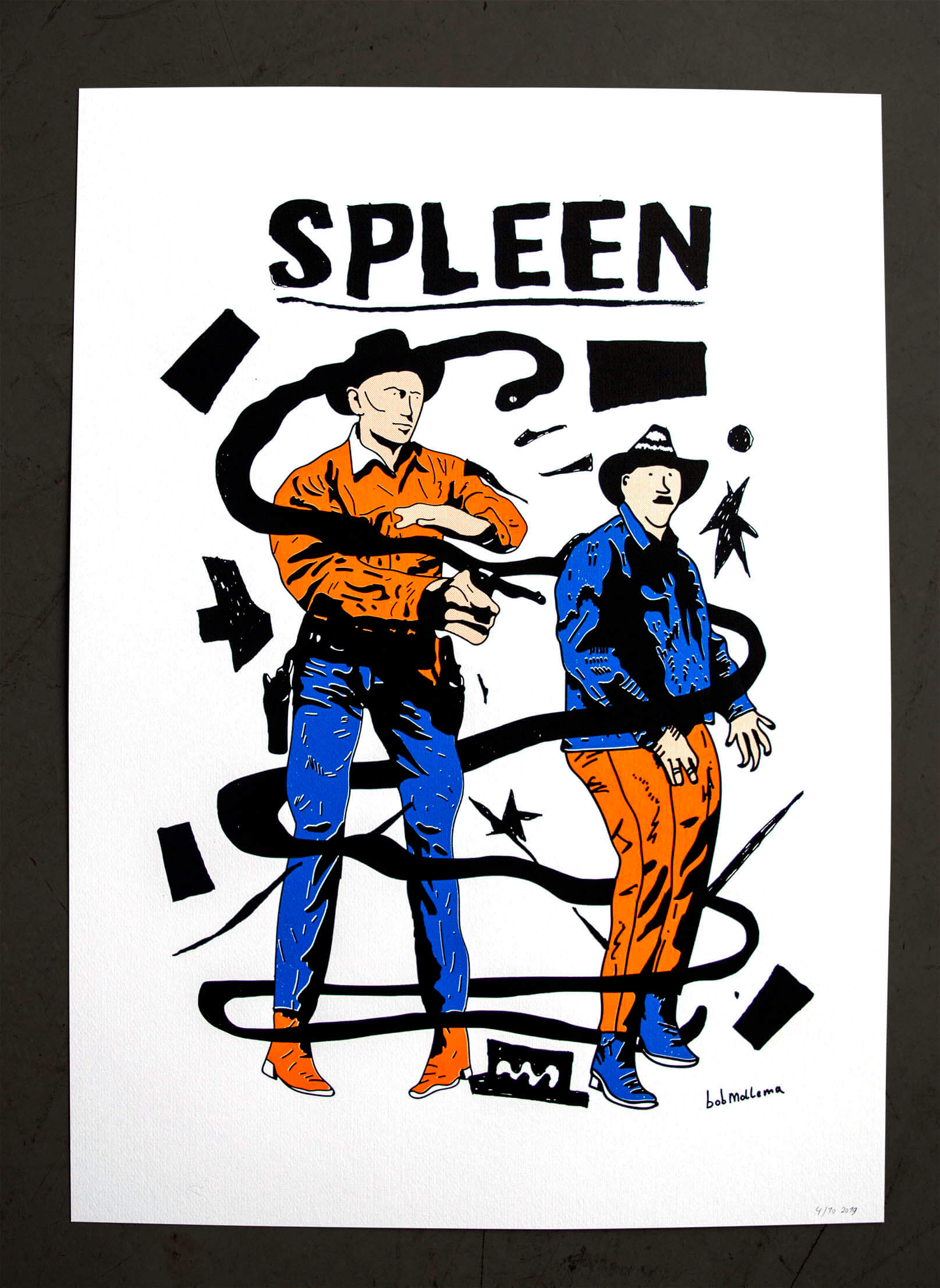 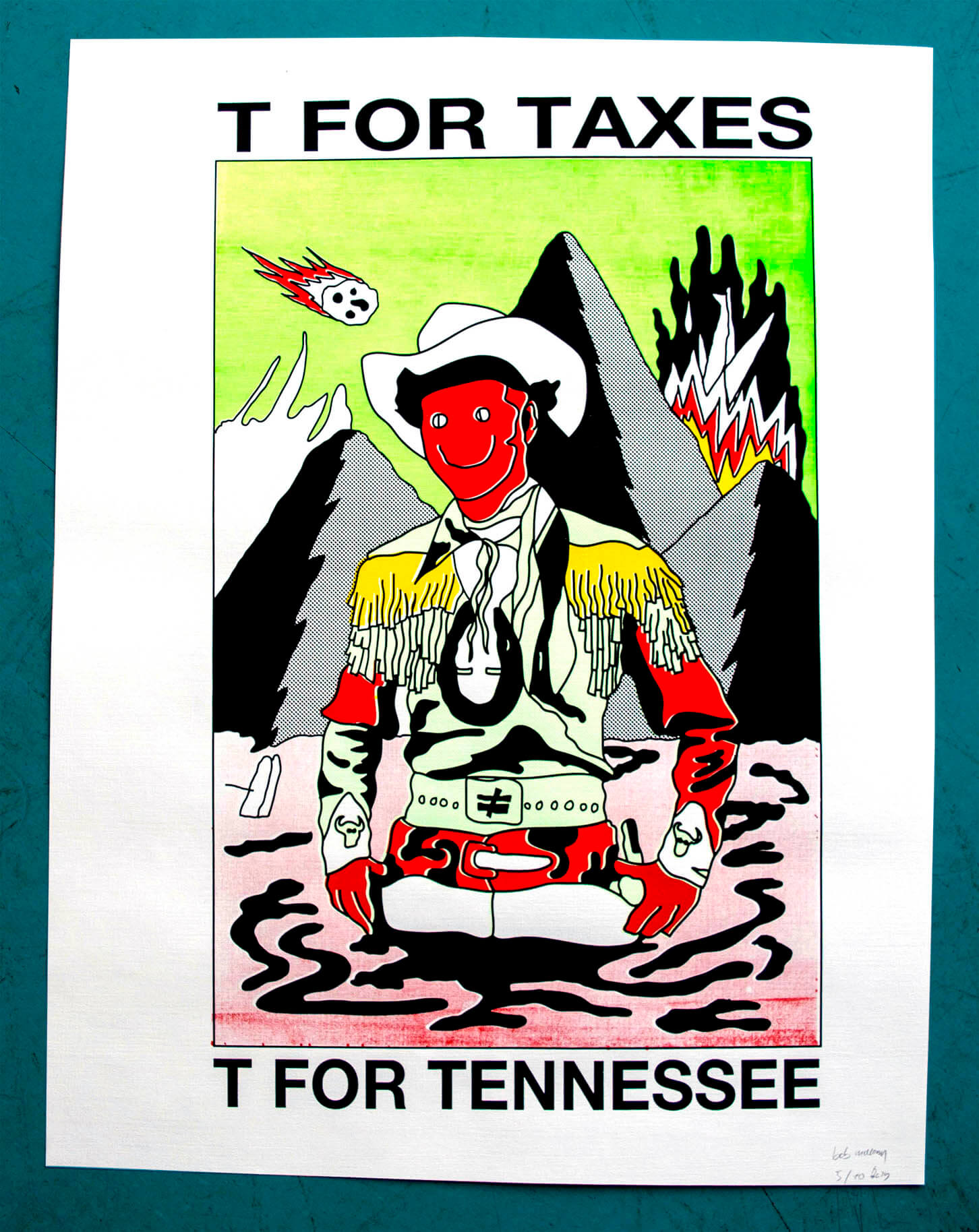 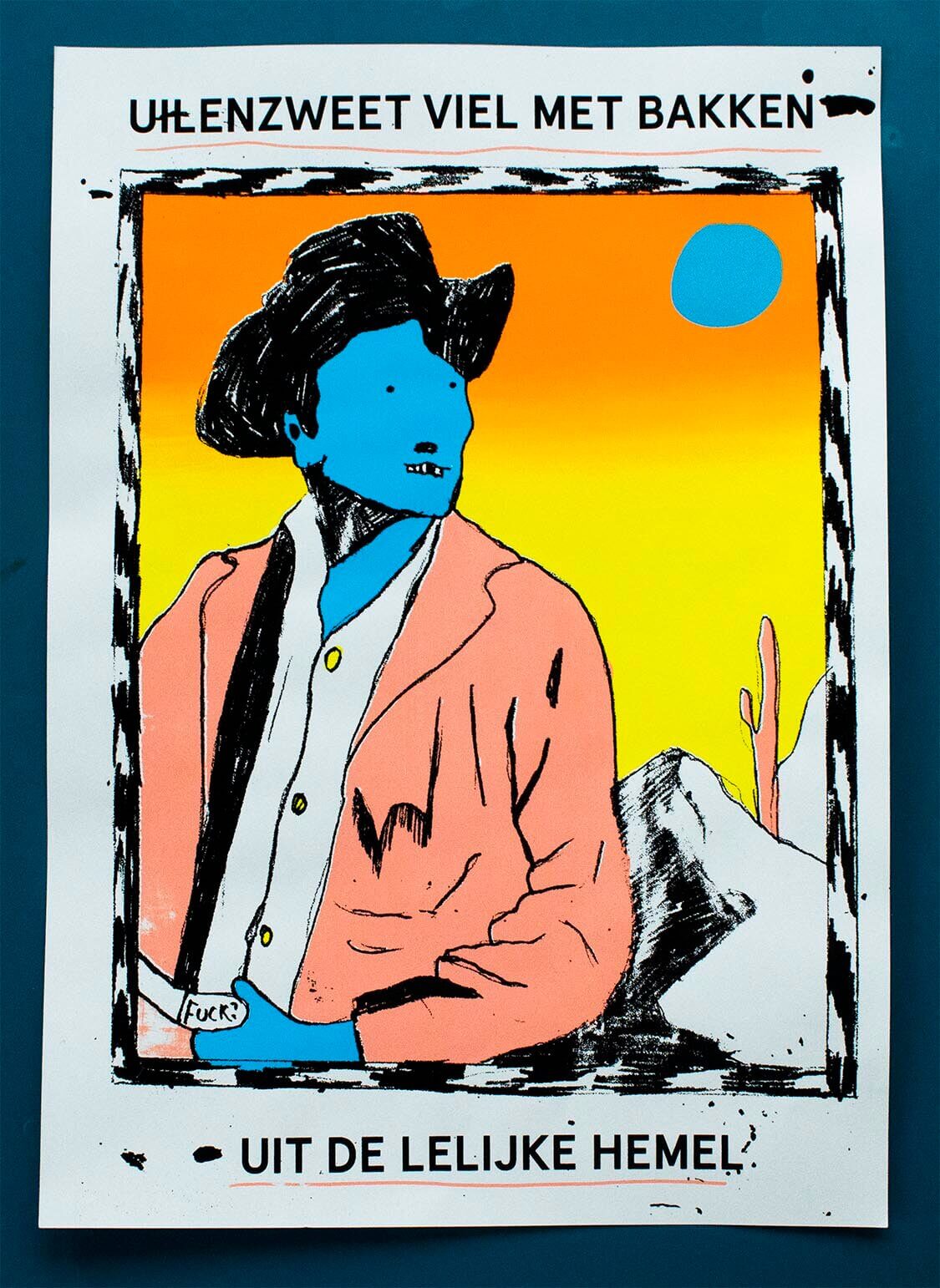 This series consists of various screen prints of cowboys. The typical image of the Hollywood cowboy matches the outdated image of the American dream.

The cowboys are often tough men who create an ideal image. The films in which they play often have a huge one-sided vision of what is good and evil. Something that, in my opinion, is an outdated picture of how we should deal with each other. That is why I portray the cowboys in this series as stupid dorks who run behind the facts every time.

This series is still in the making, so more cowboys will appear every time.